As young creatives, we stand together
in unity as a driving force for social change.

We acknowledge propaganda
and respond with critical thinking.

We believe in being open-minded
to avoid closing ourselves off
to unique perspectives and experiences.

As a collective,
we seek to support and uplift our peers.

We use art to spark conversation
and we accept that design,
like creativity,
is infinite and alive with endless potential.

{ project } TRUTH is an educational art movement that explores the promotion of positive social change through the creation of meaningful artwork. It is a collaborative effort inspired by the masterpieces of American artist Robert Indiana—the creator of LOVE and HOPE. Utilizing the Cindiana TRUTH (c) wireframe, individual artists design a corroborating infographic to represent their personal theme. {project} TRUTH is a cohesive collection intended to unite the artists and communicate the importance of these matters ranging from local issues to global concerns.

Hybristophilia by Dana Hinkson
My idea is to create a zine called Verona State Prison because Verona is where Romeo and Juliet took place and most of the serial killers that I will be writing about were imprisoned in a state prison. This zine is about hybristophilia, how it affects women, and how this paraphilia is exploited within the media. The zine will be an editorial piece that is split up into seven sections. Within the zine will also be a page or little booklet consisting of notorious criminals whose looks have not only lured in their victims but have also spurred hybristophilic fan bases. The goal of my project is to create an educational piece that can serve as a travel read, toilet read, or waiting room read. My final goal for this project is to educate my reader and even help them discern between having an interest in learning true crime and hybristophilia.

Loco for Local by Olivia Norris
As a modern consumer, one of the best ways to support yourself while looking out for the future of your economy, community and our environment, is to support small businesses and actively shop small. Unlike corporate businesses, producing and operating within and for themselves, small businesses give back to the community while inspiring sustainable and ethical habits. Whether you shop online or in-store, there are many easy ways to support local businesses and therefore the local community. My truth is aimed to shed light on the benefits of small sale shopping and service, as well as tips on how the average consumer can help the cause.

Pedigree Dogs by Kaeden Lutz
Today hundreds of dog breeds are beloved by pet owners all over the world, but have you ever stopped to think how these breeds came to exist? The evolution and domestication of dogs goes back tens of thousands of years, but most modern dog breeds were created in the Victorian era. Organizations like the Kennel Club uphold the idea that in order to perpetuate these dog breeds, breeders should only breed dogs with other dogs of the same breed, creating “purebred” dogs. Over the course of a hundred years, these breeding methods have allowed for some morbid practices and led to a host of health problems in the dogs.

Living with Lead: Utica NY by Joe Owens
Utica, NY is currently number one in the state for childhood lead poisoning AND one of the smallest cities in the United States with one of the highest risks of exposure to lead. Low-income neighborhoods are most greatly affected, Cornhill and West Utica are considered “red zones” in which over 64 cases of child lead poisoning were diagnosed from 1984-2004. That is at least four cases per year within one square mile of residential housing. The soil in the area has been tested and reported some lead levels as high as five times higher than what the EPA reports is hazardous to humans. Lead poisoning in children can cause issues with growth and development affecting behavior, auditory functions, and learning abilities as well as slowing the child’s growth. Lead poisoning in adults can cause damage to the brain and nervous system, the stomach, and the kidneys. It can also cause high blood pressure and numerous other health problems.

Wars in the World Today by Manuella Bonomi
Today’s wars kill and displace more people leading to the highest number of refugees ever. This project brings  awareness to the areas of conflict. Stabilizing the world’s most vulnerable areas should be a major, global foreign policy imperative — and not just a moral one, given that these regions often serve as a haven for terrorists and transnational criminals.

Take a Hike by Abby Leighton
The National Park Service is celebrating it’s 100th anniversary this year. This infographic is created to enlighten its audience about the wonders the National Parks, what they have to offer, and to hopefully encourage them to visit one. Fun facts about the parks are delivered to excite the audience about getting outdoors and taking a hike in one of our national parks!

American Prison System, by Nicholas Killmer
The incarceration rate in the United States is one of the highest in the world. For a country that’s supposedly free, why do we have so many imprisoned citizens, and how often is that imprisonment actually justified? Prisons in the U.S. subject their inmates to involuntary labor, for little or no compensation, in a manner that is scarily similar to slavery.

Queer Identity in America, by Juan Camilo Pereanez-Bermeo
Queerness has existed since the dawn of humanity — whether they be gay, nonbinary, transgender or else, there is undeniable evidence that queer people have always been around. They were never universally considered abnormal — most ancient societies had a place for queer people to some degree. However, the persecution of queerness has also prevailed, often used by those in power to either maintain or expand their influence through violence and marginalization. This is especially evident in the colonization of the continent of America by Christian European conquerors, weaponizing the concept of sodomy to justify the oppression of Native Americans, specifically targeting queer people as evidence of Natives’ “degeneracy.” This is where heteronormativity comes from: the idea that queerness is unnatural but that the Christian ideals of heterosexuality are the default. This project seeks to dismantle that idea.

The basis for this project was to shed light on the amount of places in the world that are not yet safe for queer people to travel to (‘queer’ refers to not only people who identify as gay, lesbian, bisexual, pansexual, but also to people who do identity as gender non-binary or trans). It is plainly dangerous for members of the LGBTQ community to travel to numerous countries even in 2020 due largely to the amount of capital punishment that is associated with the “handling” of queer people.

Redefine Clothing: A Fast Fashion Expose by Ada Hayduke-Toomath
Fast Fashion is a problem that affects many aspects of the world. It gives fast easy money to big businesses that are somewhat corrupt. Not only does it do that but it also affects the consumer’s mind, the environment, and the laborers putting in all the work for these cheap products. Advertising and constantly changing stock convince a consumer that they need to buy the newest style now instead of waiting for a need to replace their old clothes. The environment is harmed by toxins from the factories and many of the clothes being discarded or damaged from being made cheap. The people making these products work in sweatshops with barely any labor laws.

Social Media: The Digital Renaissance by Kyle Son
There are now 3.484 billion social media users across the globe, which is a 9% increase compared to last year. This equates to 45% of the world’s population being on social media. And no one is predicting that social media is a fad and will pass, if anything it’s the natural evolution for companies and branding. The idea of social media as just a way to reconnect with high school friends seems illogical now. The impact of social media today is massive. It is thanks to online social networks that individuals likely have larger social networks, and while many criticize the fact that we are in touch with large numbers of individuals in a superficial way, these light connections may nevertheless be contributing to our lives when it comes to economic and social outcomes — ranging from finding jobs to meeting new people.

PLANT-BASED: Why You Should Switch by Pauline Esguerra
The number of consumers following a plant-based diet has increased immensely throughout the recent years. This accompanies the concerns of climate change and the creation of environmentally sustainable and vegan-alternative products. My TRUTH aims to draw awareness to the impact of plant-based diets on our environment as well as the harmful effects of animal agriculture, hoping to encourage those to adopt a plant-based lifestyle for a brighter, greener future.

Esperanto: The International Language By Tara “Patch” Parsons
Esperanto was a constructed language created in 1887 by linguist L.L. Zamenhof. It was designed to be an international auxiliary language that would help to connect people and break down language barriers. Over the course of history it has had significant historical impact, and has many practical applications today. Despite this, the existence of Esperanto is still not widely known. While this is likely due in part to the niche nature of constructed languages, it is also largely because of a very intentional effort during WWII by the nazi party to erase its existence.

Fair Trade by Sadie Broussard
Fair trade is a global movement made up of a diverse network of producers, companies, shoppers, advocates, and organizations putting people and the planet first. It is a way of setting higher standards for artisans, farmers, workers, fishermen and more. Fair trade standards make sure that the income received is enough to invest in their everyday lives as well as their work.

Australian Bushfires by Jessie Wu
Australian 2019-2020 bushfire was one of the biggest bushfire. The fire spread across Australia at a very fast rate. The impact of the bushfire was devastating because majority of environment in Australia in destroyed from multiple fires. 1.25 billion animals in Australia are gone and Nearly 3,000 homes including several thousand buildings were destroyed. I want to raise awareness on Australia bushfire because the effect of bushfire is permanent. 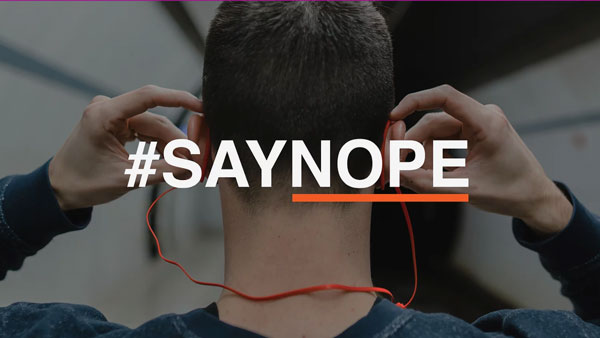 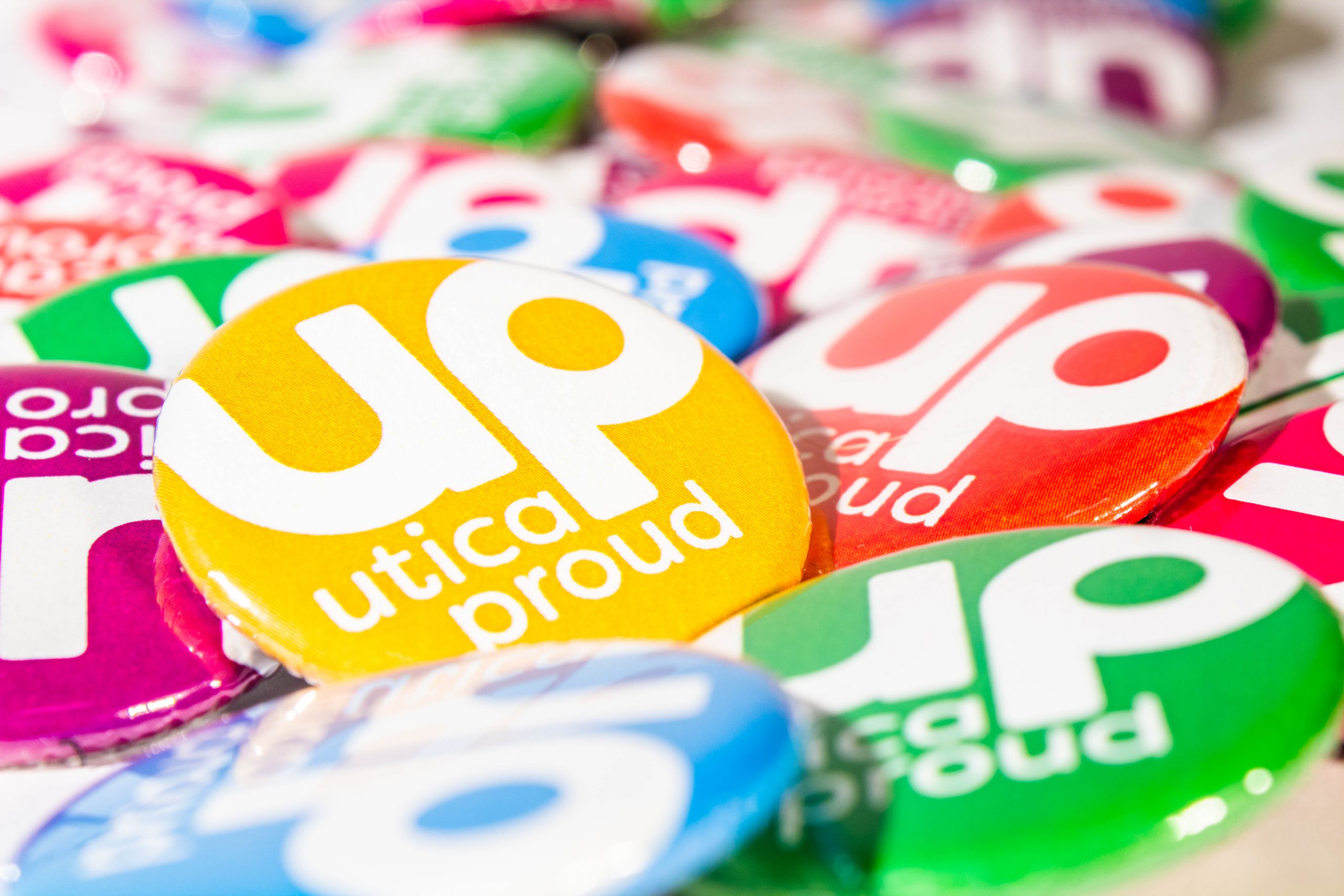 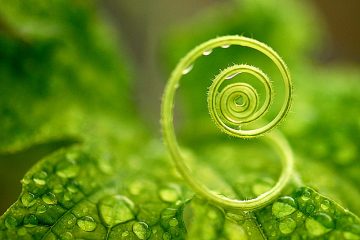 One World Garden (OWG) is a 1/2 acre sacred space being proposed in the heart of one of NY State’s most impoverished older industrial cities, Utica, NY. It offers contact with nature to a high Read more…